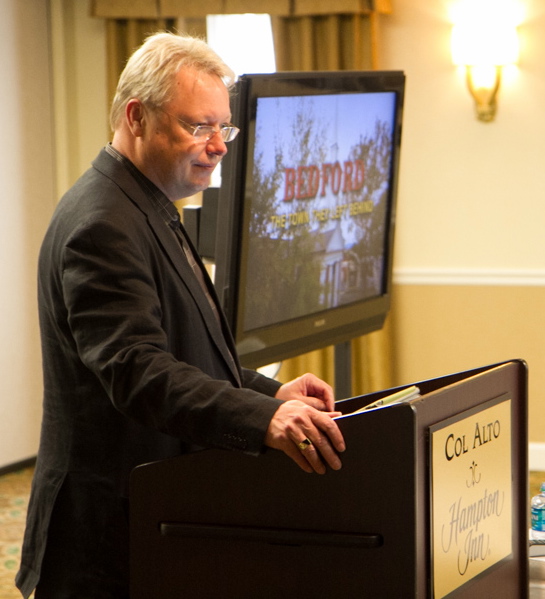 Last week I had the distinct honor of delivering a presentation to an esteemed group of alumni of Washington & Lee University. Although I had traveled Route 81 many times while shooting Bedford: The Town They Left Behind, I’d never spent time in Lexington, VA, nor had I seen the beautiful W&L campus. I had no idea what I was missing, but that was remedied last  Friday and Saturday.

This came about because I’m working now on some short films for W&L with the very talented Bill Parks of Dominion Post, with whom I’ve worked on many projects over quite a few years. One of them is a fascinating history of the university’s Mock Convention — a very respected tradition that is over a hundred years old. Every four years, students mount an event modeled after those of the two major political parties. It’s balloon-filled and red-white-and-blue festive, but it is also a remarkably well researched and detailed effort with an amazingly accurate record of predicting the nominee of the party seeking to take back the White House. I’m functioning as the writer for this film; Bill is producing. Being immersed in its history as I now am, I’ve learned that the Mock Con is perhaps the greatest political learning opportunity offered at the university level anywhere in this country.

The occasion for my visit was the 60th reunion of the Class of 1953. I was invited by Tyson Janney and Beau Dudley to present scenes from my Bedford documentary and to speak about the experience of making it. It brought back to mind the primary reason I wanted to make such a film: to help remind us of how great the cost of service to country really is. As I’ve said many times, during World War II the entire country knew we were at war and felt the effects every day. The Bedford film portrays that, showing what happened in battle as well as the impact back at home. But today, if we choose (and many seem to) we can ignore the fact that war is being waged in our name and with our tax dollars. I consider this obscenely wrong. Whether one agrees with the war or not, it shouldn’t be something we can put out of our minds. All this is unfortunately timely once again as the spectre of possible military action in Syria seems to be beckoning.

It was an invigorating morning and very rewarding to be with people who were growing up during World War II and have lived through too many occasions since when men and women have been sent into battle. I hope to be able to share the film with more groups — let me know if yours is one of them! 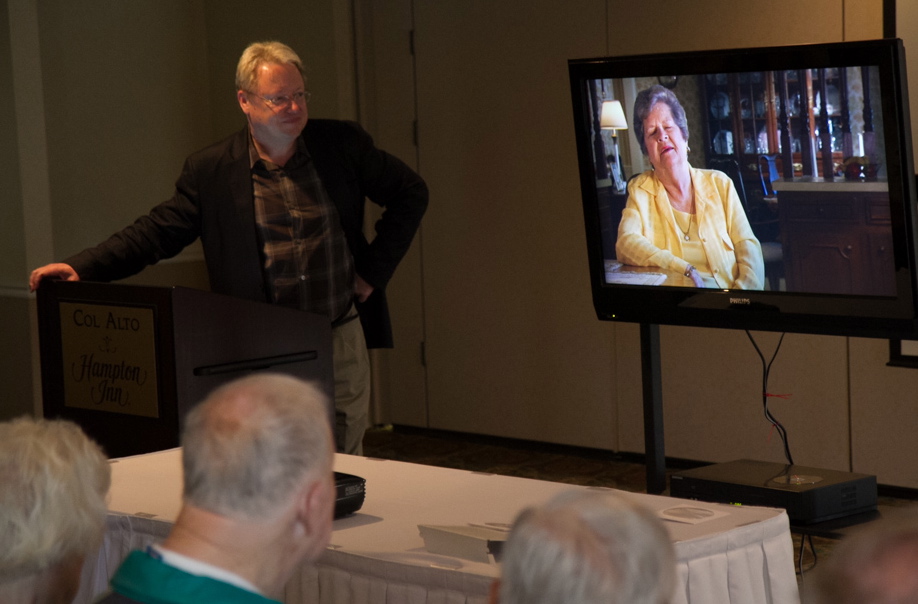 One thought on ““Bedford” Comes To Washington & Lee University”