Next Friday, an important film is coming to a theatre near you! 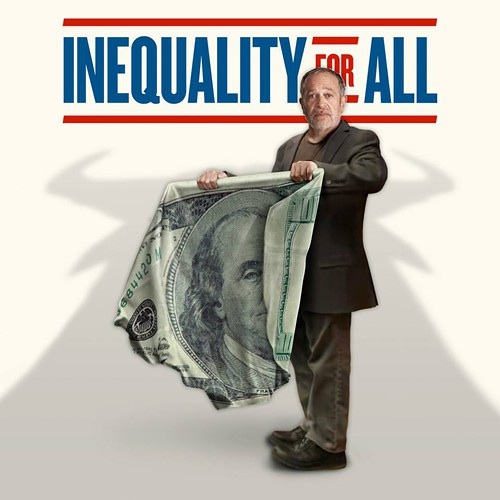 Inequality For All lays out the enormous – and growing – disparity in economic opportunity and wealth in the United States clearly enough for just about anyone to understand. Now before anyone shoots back that this must mean it’s an oversimplified and therefore invalid presentation, let me say emphatically that it is not.

Robert Reich, along with filmmaker Jacob Kornbluth, delivers an engaging and factually solid explanation of the destruction of America’s middle class. The foundation of capitalism is disappearing and, with it, hopes for this country’s future. This is no partisan rant, but rather a very reasoned attempt to bring our focus to what may well be the most important problem we face.

I’m practically begging us all to dive into a subject that is easy to pass over as being too wonky. Who wants to talk economics when you can be debating the pros and cons of twerking? This film makes the issue as interesting and as understandable as it’s likely to get – and this is fricking urgent stuff, people!

So be there or be sorry! It opens next Friday, September 27. And let’s use this film to convene the national conversation we should be having instead of whether or not to default on our debt and crash the global economy!

One thought on ““Inequality For All” – Required Viewing!”