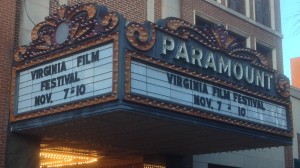 …a very rewarding four days of films!I had the pleasure of moderating six documentaries and one scripted film this year — great treats every one! I want to express my gratitude to the following filmmakers (in the order in which I met them)…

Tony Hale and Jeremy Kaplan, for A WILL FOR THE WOODS

…and to Macon Blair, the star of BLUE RUIN*.

The films marked with an asterisk have distribution already or, in the case of LION ARK, are being four-walled in theaters, so keep an eye out for them. The other three are absolutely worthy of wider exposure, so I hope you’ll be seeing them soon as well.

My thanks once again to Jody Kielbasa, Wes Harris and Jenny Mays for allowing me to be part of such a spectacular annual event!