If you’re like me, you’re philosophically committed to the intentions of many documentaries that address animal rights issues, but you may dread watching them. We expect to see disturbing scenes of abuse, neglect and misery. And because we know the problems are so prevalent, we don’t expect to come out of the theatre feeling positive about much other than the fact that some good people are working on them.

Well, I just finished watching an animal welfare documentary that sets a new standard for the genre. It’s called LION ARK, and was directed by Tim Phillips and produced by Mr. Phillips and Jan Creamer, the president of Animal Defenders International (ADI) and a powerful character in the film as well.

I saw the film via an advance screener provided to me by the Virginia Film Festival, where I’ll be introducing the film tomorrow and moderating a post-screening discussion with the filmmakers. I requested this opportunity, not because I had any clue that the film would be so wonderful, but rather because my pal Jorja Fox associate produced it. That friendship, I assure you, is not coloring my reaction to the film at all! It is a brilliant creation and a rare viewing experience. 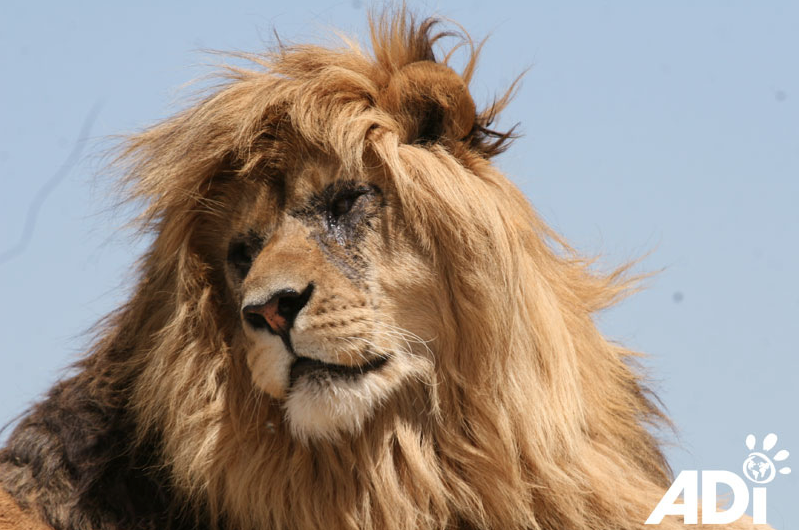 ADI has been involved in animal rescues and fighting for the humane treatment of animals since 1990 (see their website for more information on the organization itself). In one such recent effort, several years of undercover infiltration of South American circuses produced video evidence of the atrocious treatment of animals so appalling that it persuaded the Bolivian government to ban animals from circuses altogether. Officials engaged ADI to help remove the animals — in this case mostly lions — from the circuses, who resisted giving them up as is dramatically portrayed in the film.

LION ARK is the incredible story of how ADI rescued 25 lions from Bolivian circuses and transported them to a specially-constructed sanctuary in Colorado, where they now live for the first time in the sort of environment that nature intended for them. Writing that last sentence, I’m aware of the futility of trying to describe how epic an undertaking that was. It’s not hyperbole to say that this is what documentary films are really for: bringing us viscerally into those incredible adventures that must be seen and heard in order to be appreciated.

And the experience of this film is indeed visceral — made so by the magnificence of the lions themselves, the commitment and bravery of Ms Creamer and her team, and the artistry of Mr Phillips and his crew. The cinematography, editing and other technical aspects are all first class, making the film an artistic achievement as well as an emotional one.

I freely tell you that I wept more than once, and it was not because I was being forced to look at the suffering human beings perpetrate on these creatures. Rather I wept at watching them roll about in hay that their rescuers spread for them in their cages, witnessing their first exposure to smells and sensations they’d never known before. I wept at the realization that some of them were seeing the sky above them for the first time instead of the dark lids of the grimy prison boxes they hadn’t been outside of for, in some cases, decades.

Late in the film, longtime animal rights activist Bob Barker observes that, for many circus animals the best day of their lives — their first relief from distress and torment — is the day they die. It’s a truly disturbing statement, but in the context of LION ARK what could sound like bleeding heart sanctimony rings as profoundly and sadly accurate.

Ms Creamer suggests that the next phase of human evolution involves changing our relationships with the other beings with which we inhabit this planet. LION ARK is a film that lets us glimpse that future coming into being. We see 25 lions removed from what would have been a hopeless hell from which death would have indeed been their only escape. Their release at the Colorado sanctuary demonstrates what their lives can be like instead. It is a cathartic moment, as the possibility of their better existence and our better selves is manifested before our eyes.

If it were up to me, LION ARK would be shown theatrically and then broadcast on HBO or some other outlet that would help ensure that millions of us move toward the growth of which Ms Creamer spoke. Since I can’t bring that about myself, I ask anyone who reads this to help create a clamor and demand for it to happen.