Steve James (Hoop Dreams, The Interrupters, et al) has once again shown us how it’s done with his bio doc Life Itself, about Roger Ebert and based on Mr. Ebert’s 2011 memoir of the same title. A sensitive work of cinematic art from start to finish, the filmmaker has created the tribute his subject deserves.

The documentary is a collection of love stories. We meet a boy who loved journalism and grew into a young man who loved alcohol too much. He became a movie critic in 1967, when the previous critic for the Chicago Sun-Times left, leading to a 46-year-career during which his love of cinema became known worldwide.

But the most profound love story of Mr. Ebert’s life was the one starring himself and his wife Chaz. As she recalls in the film, he told her that he’d had to wait fifty years to find her and that he’d never let her go. The depth of their commitment is one of two dramatically intimate facets that make this film so engaging and moving.

The other intimacy comes from Mr. Ebert’s insistence that the film show his condition in the last years of his life — and that it do so unflinchingly. That condition, first displayed famously on an Esquire magazine cover in 2010, requires that he speak via a synthesized voice emanating from his laptop since cancer cost him his lower jaw. We see him enduring what others might hide from the world — a nurse performing the periodic suctioning of his throat, a therapist helping him try to recover his ability to walk, and more…

Yet he is a man who seems to have become kinder and gentler as he left alcohol and other vices behind, thriving in the love of Chaz and her family. We see no sign of bitterness as his body fails him and death draws nearer. His wife recounts their final moments together in a sequence that is quietly powerful and oddly comforting. 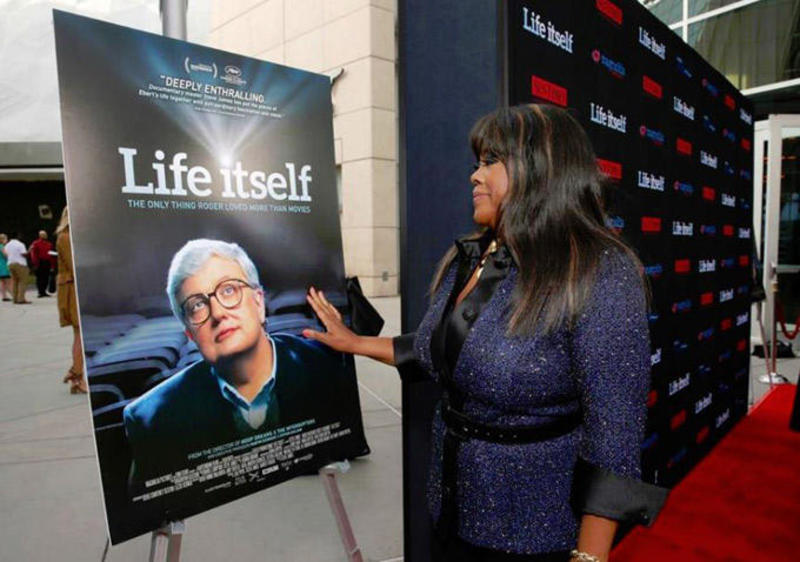 Chaz Ebert and the poster for Life Itself

On a personal note, I met Roger Ebert in 2006 when I was invited to be a panelist at the Conference on World Affairs — a marvelously eclectic week-long annual event in Boulder, Colorado at which Roger had been a star participant for thirty-some years. I was more than a little nervous to share a daïs with him and three other people of far greater film repute than I. But he was a warm and friendly gentleman and amazed me when he approached me afterward and spoke fondly of Paper Clips. I had one of his books with me, which he signed “To Joe — Movie lover! Roger Ebert,” below which he drew his coveted “thumbs up” for my film. It’s one of my most prized possessions — not just because of the compliment, but because it was a generous gesture from the man whose opinions I sought so often to influence my own movie choices. I wish him peace. 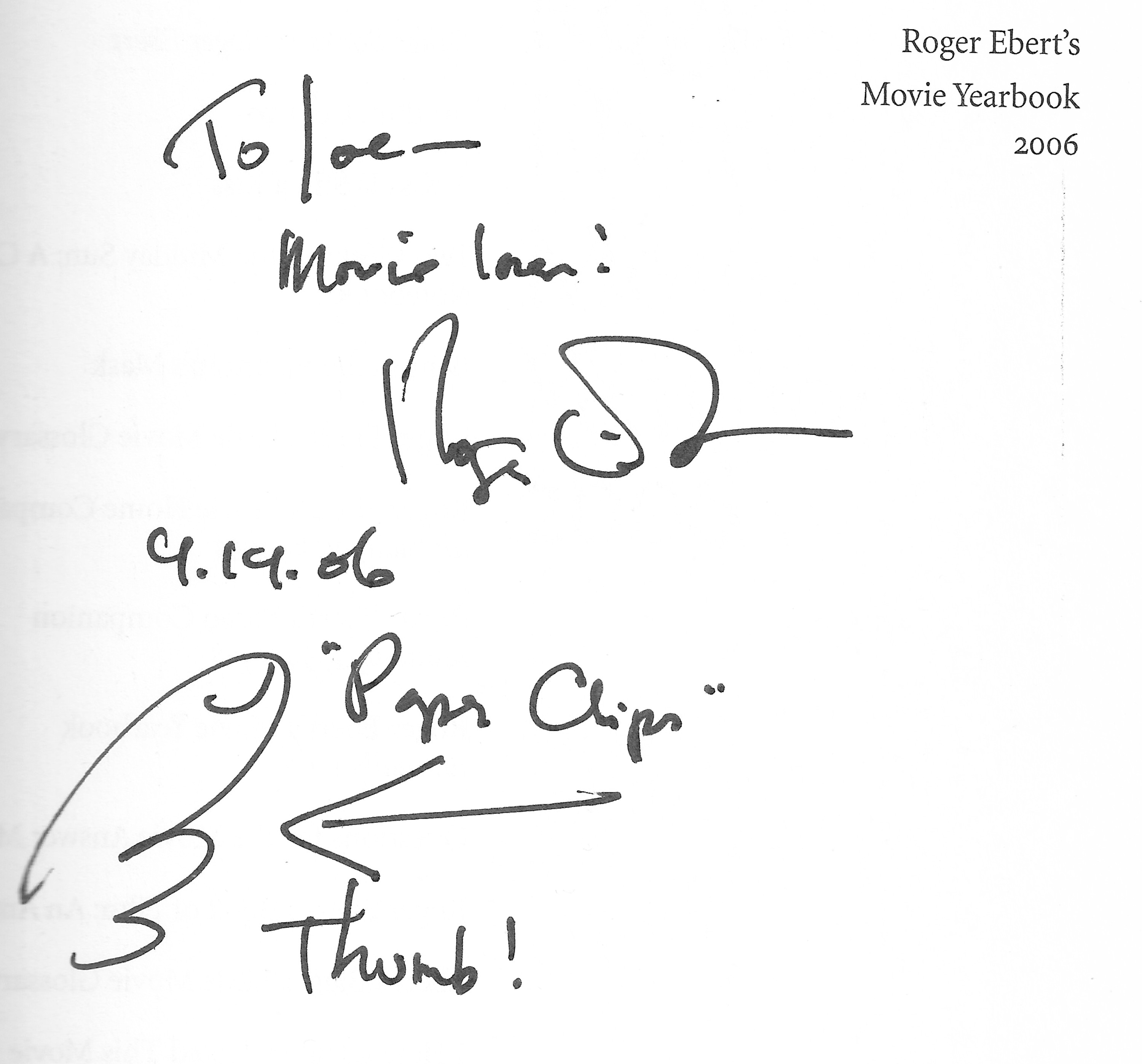