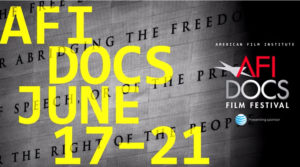 This year’s AFIDocs Film Festival concluded on Sunday. I saw nine feature docs and seven shorts over five days, as well as chats with filmmakers like Werner Herzog and Norman Lear and a panel on the rising medium of virtual reality (with cool demonstrations!). Knowing how challenging it is to make a doc, I have the highest regard for those who created the 93 films screened from Wednesday to Sunday. Spending several days with other doc fans, watching films and discussing what we saw was an enlightening experience.

At the event recognizing him as the latest Charles Guggenheim Symposium honoree, Mr. Herzog discussed a number of his films as well as his views on how much one can tinker with what actually occurred when making a doc. For him, there’s a lot of leeway. He feels that he may take liberties, devise moments and otherwise manipulate reality in order to have an artistic effect. That’s a bit different approach than the one some of us take (yeah, but some of us aren’t Werner Herzog either!). Then again, one of the other films I caught — The Land of the Enlightened from Belgian filmmaker Pieter-Jan de Pue — combined reality with bits of contrived dialogue and manufactured scenes in ways that confused and ultimately diluted the impact of its serious subject: the apocalyptic conditions in Afghanistan.

What a relief it was then to see the latest from Heidi Ewing and Rachel Grady: Norman Lear: Just Another Version of You (in theaters this summer and on PBS’ American Masters this fall). Biographical documentary is a new genre for the pair (who together are known as Loki Films), but they handled it with their usual exceptional skill and innovation. The use of a young actor to play Mr. Lear as a boy bridged the film in and out of childhood sequences and was a device that Mr. Lear himself found effective, as he told us in the post-film Q&A. He also got in a dig on Donald Trump while acknowledging that some have likened the bigoted presidential candidate to Archie Bunker. Mr. Lear defended his quintessential TV character and dismissed the comparison saying that, unlike Trump, Archie Bunker was “a fully-formed human being.”

Speaking of artificial personages devised to perform a function in a film, the opening night doc by Alex Gibney, Zero Days (in theaters and on iTunes July 8), employed a composite character portrayed by an actress whose image was then visually disguised. As the filmmaker explained later, this was in order to allow him to present information gathered from a number of people who would not have been able to speak publicly onscreen. The device was revealed within the film itself in a manner that left the trust of the audience intact.

There were no contrived characters or fictional elements in Maya Angelou: And Still I Rise — just solid doc moviemaking. Audiences agreed, and the film was the recipient of the AFIDocs Audience Award (feature category). I confess to having had my reservations before I saw the film, mostly because I hold Dr. Angelou — whom I knew personally for about the last decade of her life — in such high esteem. I feared the possibility of a familiar chronological telling of her life story. But what co-directors Rita Coburn Whack and Bob Hercules have created is not only a creative and moving portrait, but I can testify that it often captures the essence of the woman who was my friend. Dr. Angelou’s hybrid performance of Paul Laurence Dunbar’s poem “We Wear The Mask” and her own poem “For Old Black Men” is a highlight, although it is presented in abbreviated form. Treat yourself to the full-length version. (Maya Angelou: And Still I Rise will be presented by PBS’ American Masters in February, 2017.) 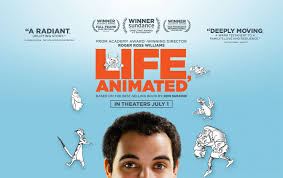 It’s the story of Owen Suskind, a young man with autism, whom we get to know as he grows from an uncommunicative three-year-old to a young man of twenty-four living on his own. Owen’s parents and older brother are at first shocked to learn that their adorable toddler may never speak again. But when Owen does speak — and does so in a most unusual way — the film begins to blossom. Along with Owen’s family, we begin to get a sense of being inside Owen’s head, and this is where Roger Ross Williams’ artistry excels. In a post-show chat, the director explained that he didn’t want to have audiences perceive what happened in the Suskind household as outside observers. Rather, he wants us to see things as Owen does, and he achieves this goal in a way that is creative and absolutely right for this story. It’s a great accomplishment to conceive of this approach and then to execute on it so beautifully.

I hope you’ll catch as many of these films as you can. Let me know what you think of them.