I fell for Liv Ullmann 40 years ago, when I saw her onstage at Washington, D.C.’s National Theatre in Anna Christie. The stellar cast included a young John Lithgow (in the middle of a decade in which he’d appear in ten different Broadway productions) and Mary McCarty (fresh from creating the role of the Matron in the original production of Chicago), but it was Ms Ullmann who stole my heart. Both she and Ms McCarty would receive Tony nominations when the show moved on to Broadway for a run of only 124 performances. In his New York Times review, Clive Barnes captured what I didn’t know how to express at the time:

She acts from within—her fires are the remembered embers of still‐glowing passions. Her eyes are not so much a means of communication to the outside world, but more a barometer reading of some internal weather of her soul. And she acts as if she were not acting at all—walking around pasteboard scenery as if it were a new reality, living a play as if it were a world borrowed but real. It is a confidence trick with no great display of confidence, and certainly no trickery. It is great acting where belief takes the place of technique, and conviction the place of imagery. 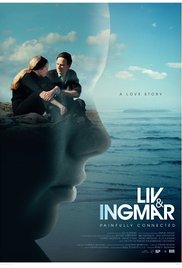 At the 2016 Virginia Film Festival, I had the privilege of interviewing Ms. Ullmann and leading a Q&A with her following a screening of the documentary Liv and Ingmar. Imagine my joy!

Mr Bergman famously referred to Ms Ullmann as both his muse and his Stradivarius during the twelve films of their professional partnership. Their intense May-December romance began on the set of their first collaboration, the masterpiece Persona. It was a tumultuous affair that spanned decades and produced a daughter, though they never married. Eventually their passion evolved into a deep, life-long friendship.

Liv and Ingmar is a modest — but effective — film from director Dheeraj Akolkar, and it plays like a respectful echo of Mr Bergman’s own work. It tells the story of their life together, alternately fierce and tender, nurturing and hurtful. For the film to achieve its unusual ardor, Mr Alkolkar draws upon the great gift of Ms Ullmann’s narration, derived both from new interview material and excerpts from her autobiographical book Changing (1976). There is a warm magic in her voice that endows the story with a very real sense of intimacy — between the two subjects, but also between the viewer and Ms Ullmann as the storyteller.

The VFF screening was held in a small, older venue called the Vinegar Hill Theatre. Ms Ullmann and I had already met briefly, but we hadn’t had time to prepare any direction or focus for our conversation, so we were winging it. She’s warm, sensitive, with an easy humor and intriguing stories, so our conversation flowed naturally from the start.

At one point, I tried to delve into that mystery that Clive Barnes was describing when I pointed out how, like few other actors I’ve seen, what she’s thinking and feeling seems to radiate from her with a minimum of (apparent) effort. It was occurring there in person as I was speaking with her, just as I had seen it on the screen and onstage.  I was fascinated and said so, to which she threw back her head and laughed. For a moment she teased me, pretending not to have a clue about what I was trying to ask her. She toyed with me long enough for the first signs of my being flustered to show, and then took me off the hook, saying that she indeed understood the question but didn’t really know the answer. What a splendid afternoon that was: the second time I fell for Liv!

And so, once again I will tell you that the long weekend I spend each November in Charlottesville, Virginia at the Virginia Film Festival is a treasured spot on my calendar that I protect vigorously. Experiences like spending time with Liv Ullmann are the reason why.

The 2017 festival runs from November 9 – 12 — it’s the 30th anniversary — watch for the film schedule to be announced and tickets to go on sale in the fall.